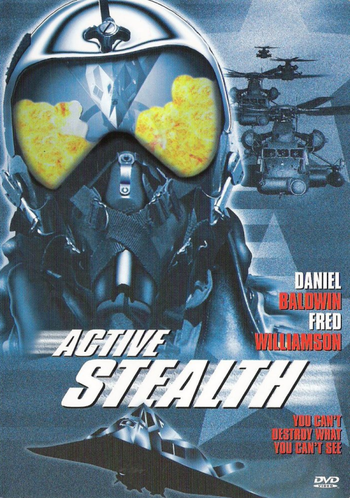 Capt. Murphy is obsessed by his brothers in arms left prisonners during a mission. This is the start of a new commando action under the cover of Navy aviation as the drug dealers have their own jet fighters ! A storyboard which gives us the chance to see the F-117 being a four seat aircraft, (re)use of shots and air action from Top Gun, Iron Eagle series ... and an handful of new images. 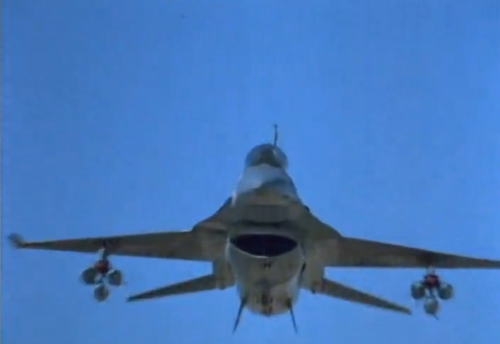 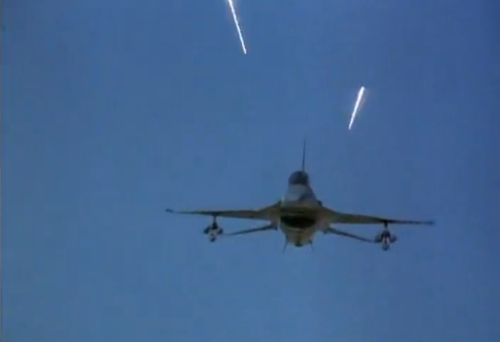 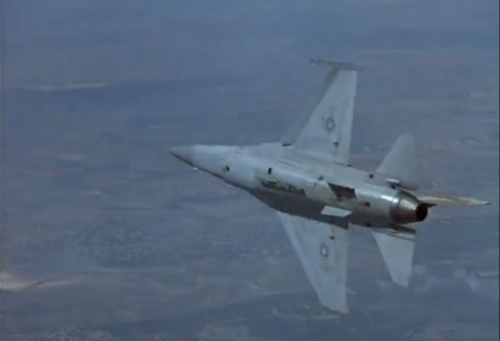 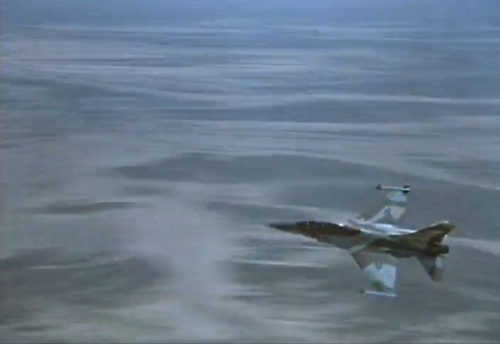 A fictionous name as an aircarft carrier is a CVN (why USS OKLA ? for the battleship USS Oklahoma sunk in Pearl Harbor ? [the only one to ever be named for the 46th state]). On the deck of this unidentified CVN, a E-2 Hawkeye is ready to be launch. Parked around the stern are F-14s and F-18s 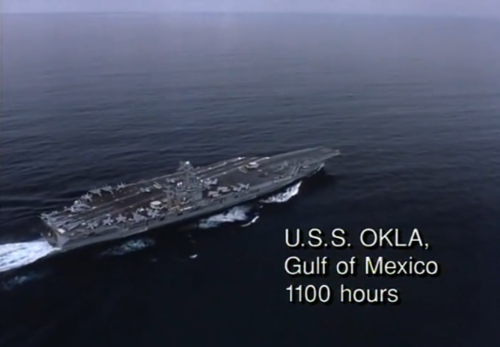 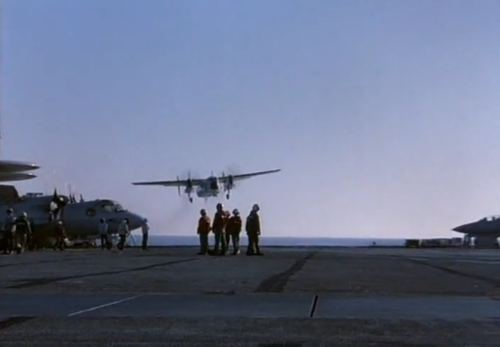 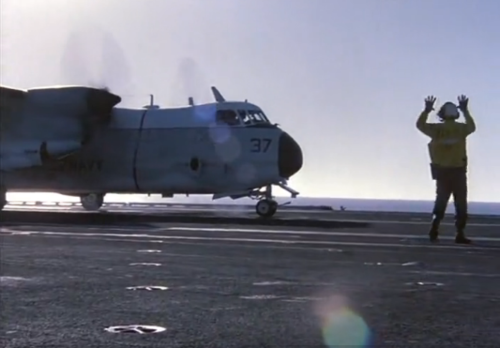 Most of the shots are from Top Gun. 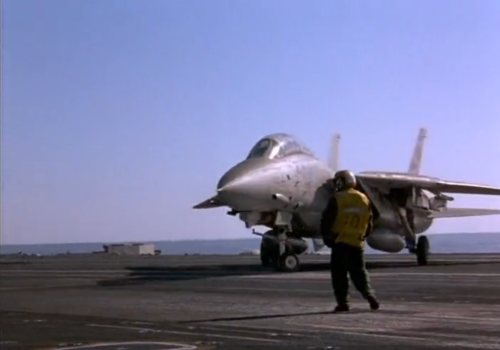 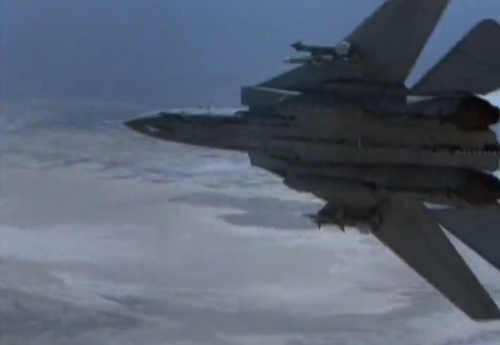 A mock able to welcome two pilots and two passengers. 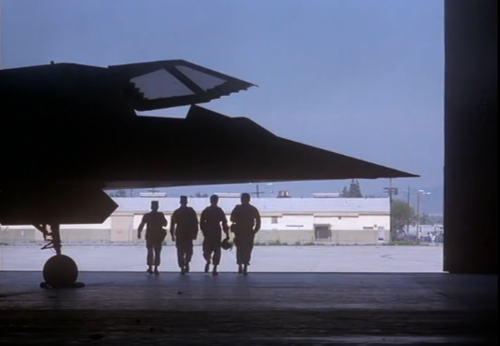 How to access to the pilot seat ? not by a ladder and the open canopy, but from behind this single ejection seat ! 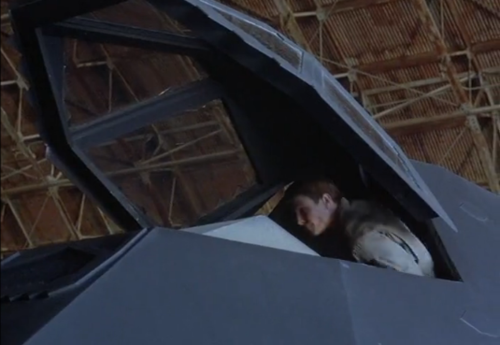 When the F-117 is taxiing, it's a real aircraft, probably from a U.S. Air Force Promotional Film.
Same aircraft in other movies at IMPDb: Frequently Seen Aircraft. 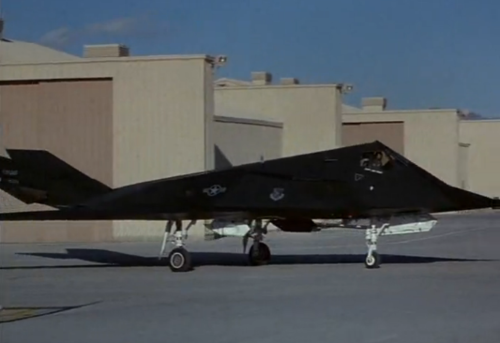 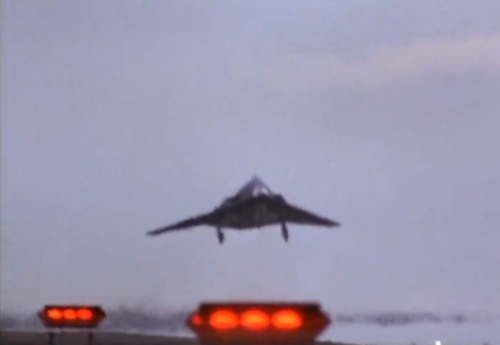 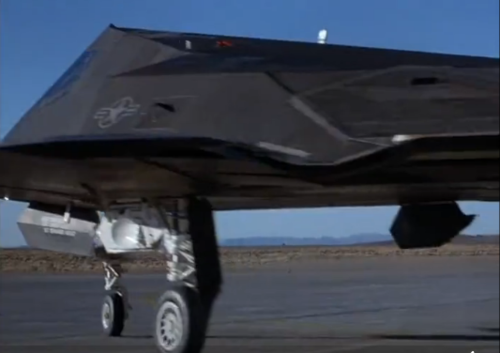 Among images of the Grumman F-14 Tomcat taxiing on the carrier, a short shot displays this McDonnell Douglas F/A-18 Hornet. 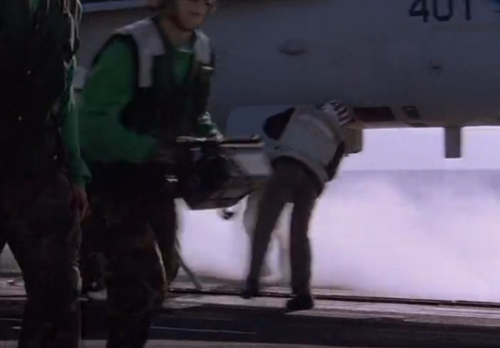 During a dogfight, the F-16 becomes this A-4 the time of a glimpse ! 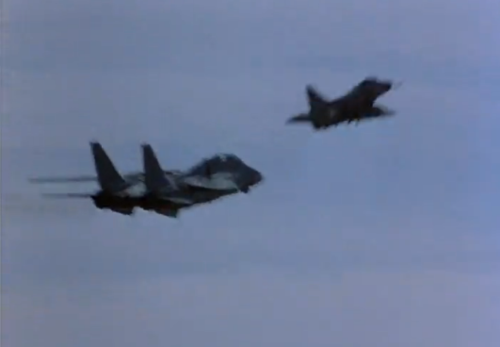 Another continuity error when the F-14 dogfights with a F-5 (footage probably from Top Gun). 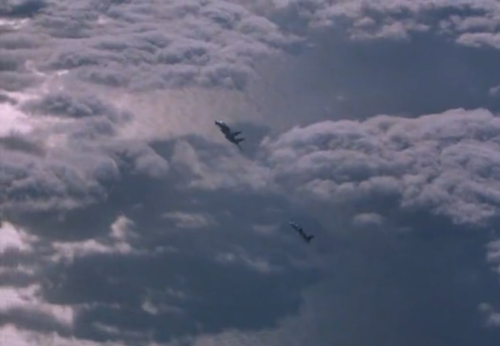 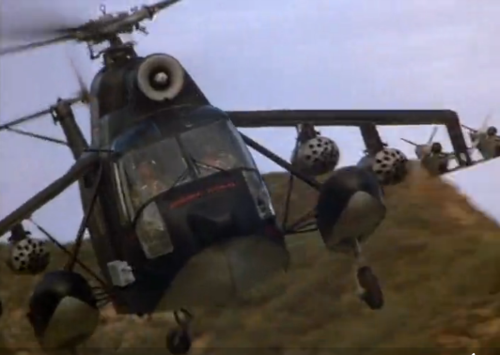 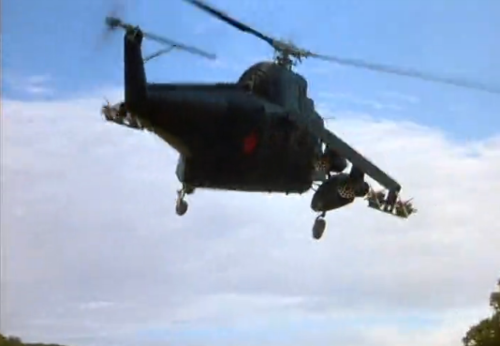 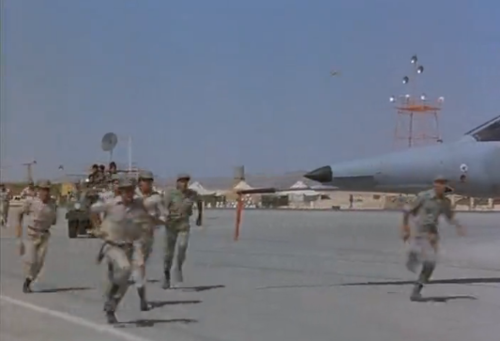 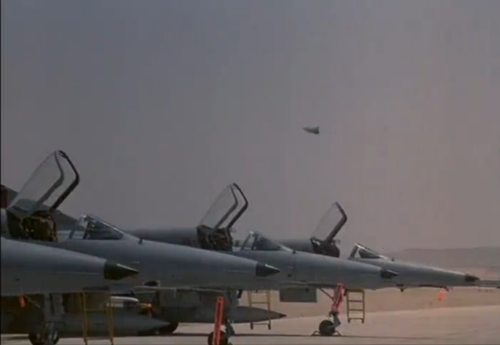 A mock of what is a melt between a Dasssault Mirage III, Mirage 50 and IAI Nesher.
Same aircraft in other movies at IMPDb: Frequently Seen Aircraft. 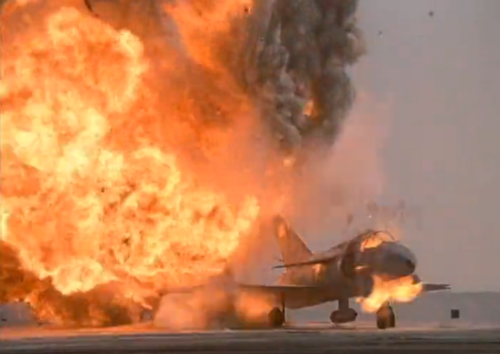