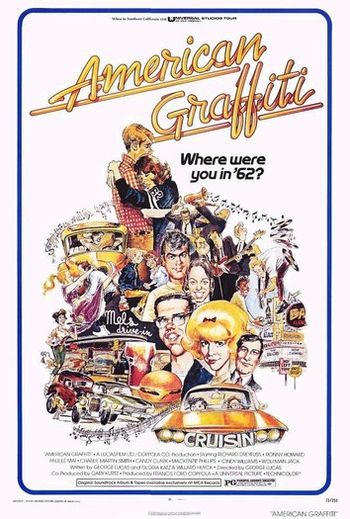 A couple of high school grads spend one final night cruising the strip with their buddies before they go off to college.

Registration N5903, c/n 45071/742 built in 1956. Crashed on 9 October 1986 near Dakar, Senegal.
At the end of the film, Curt leaves town to go off to college. As he looks out the window he spots the Ford Thunderbird driven by the beautiful blonde he was obsessed with finding the night before. Magic Carpet Airlines is fictional, plane actually belonged to Magic Carpet Air Travel Club at the time.