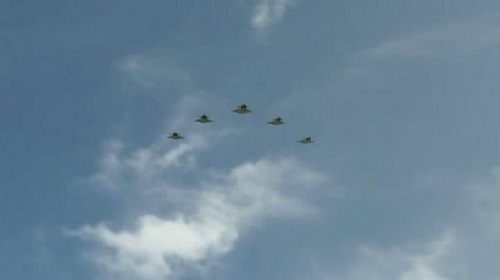 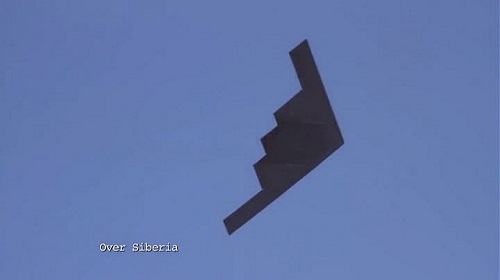 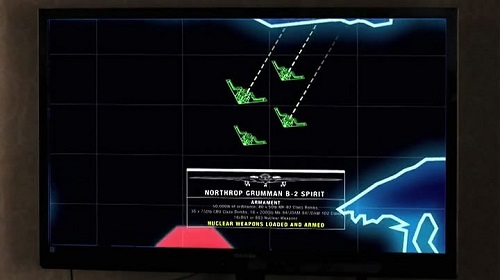 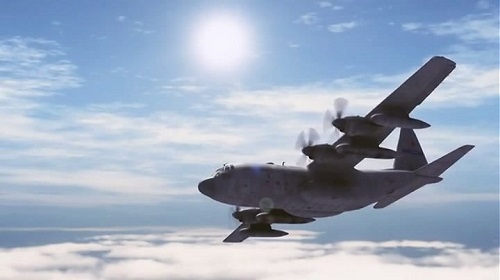 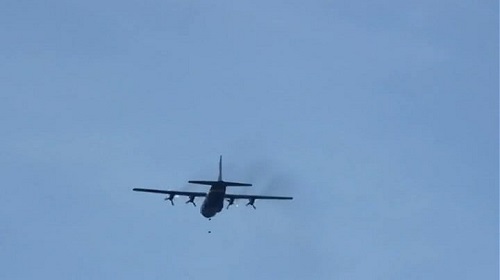 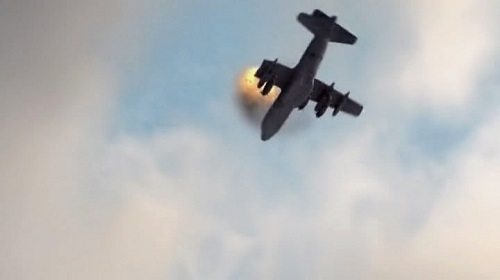 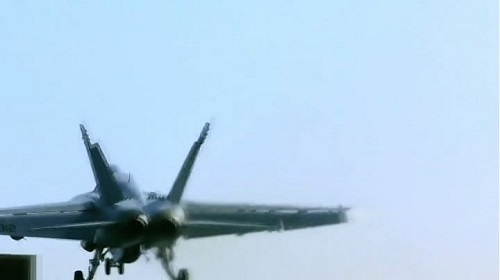 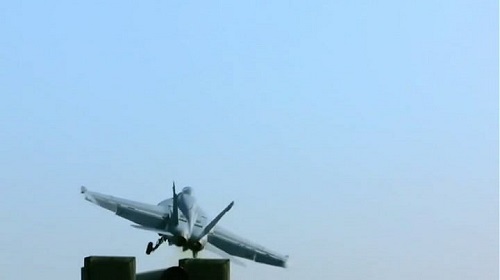 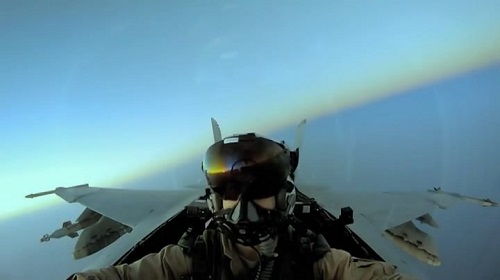 Aircraft of the VAW-126 with its yellow/orange fins in the background. On the USS Enterprise (CVN-65). 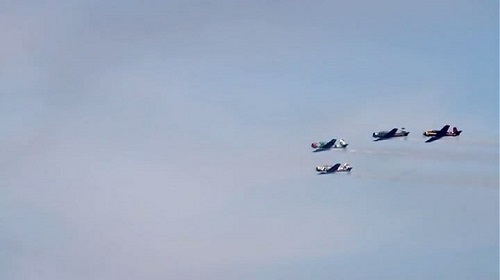 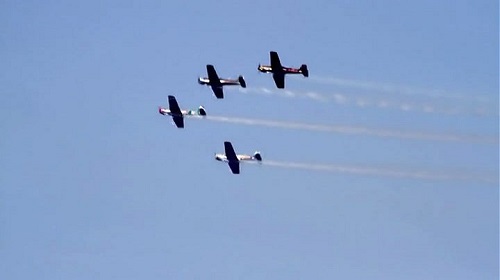 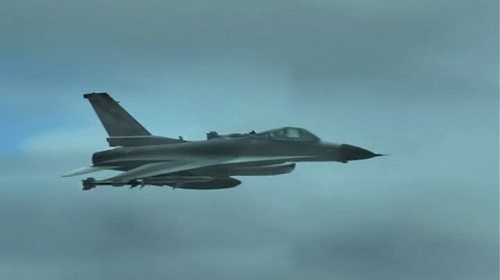 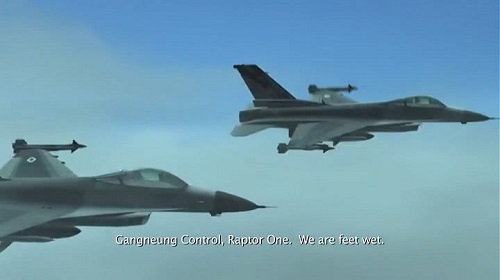 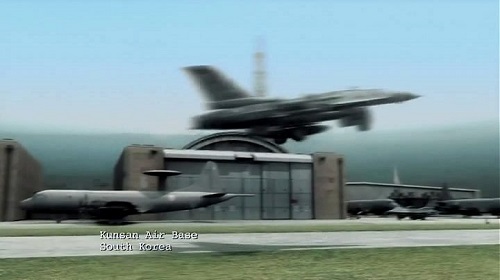