Difference between revisions of "Behemoth the Sea Monster" 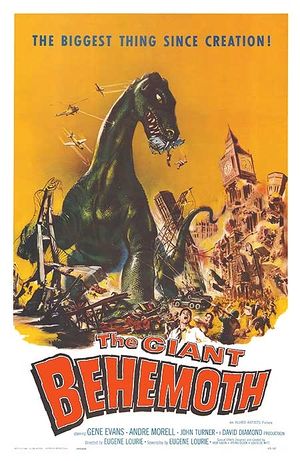 Radioactive pollutants in the ocean mutate a dinosaur, a paleosaurus, which heads inland to the Thames to follows its species' natural instinct to die in the shallows. Along the way it spreads death and destruction, attacking boats, the radiation pouring off of its body burning victims to a crisp. American marine biologist Steve Karnes struggles to devise a means of further shortening the doomed dinosaur's already dwindling lifespan before it destroys all of London.

Karnes flies to meet the British admiralty in this jet. 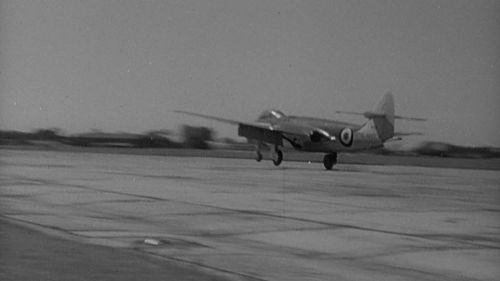 Dr. Sampson uses this Royal Navy Dragonfly to search the Thames for the paleosaurus. It then gets destroyed after turning into a Westland Whirlwind. 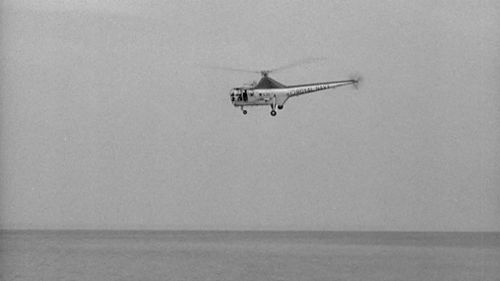 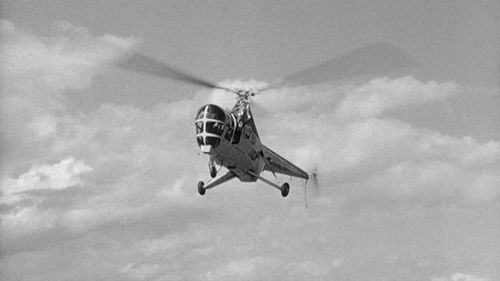 A second Dragonfly, seen in a nighttime scene, also scours the Thames. 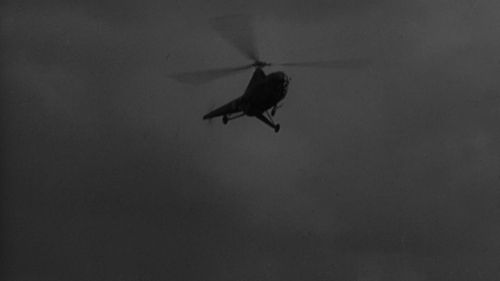 In a glaring continuity error, Sampson's Westland Dragonfly changes into a Whirlwind moments before being destroyed. 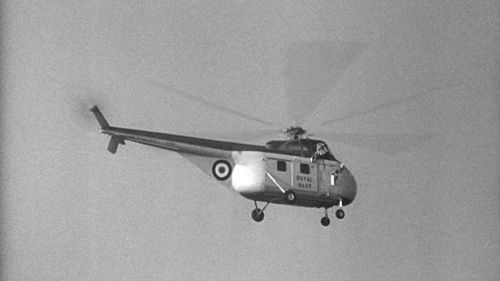