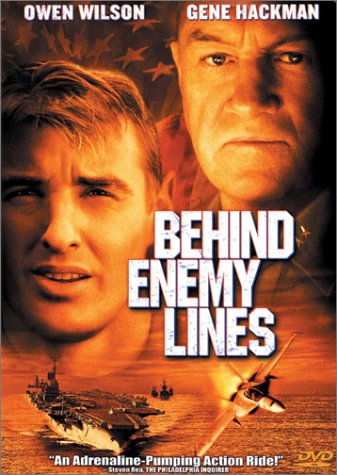 The F/A-18C is smaller and has air intakes and LEX fences on the apex which easily distinguish it from the F/A-18 E/F.

Just a glimpse during the launch.

Grumman F-14 Tomcat with its unique IRST under the radome.

Used as a passenger transport, mostly for Adm. Piquet. The "Hotel" model is distinguished the HIRSS Exhaust ducts, Port side Gunners Windows that open on tracks and Auxiliary External Fuel Tank. 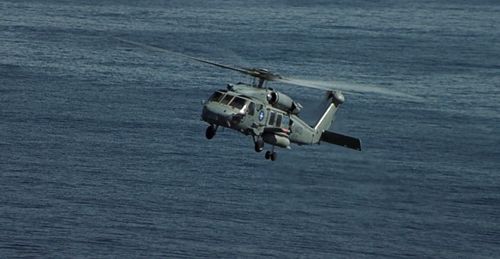 Used by the first Piquet's extraction team, a french crew (as stated by the screenplay). 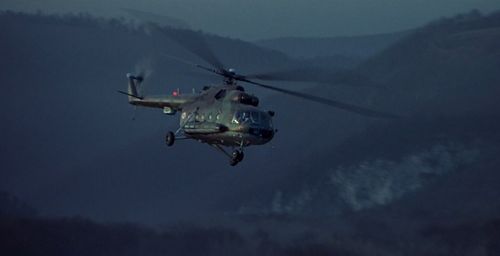 Used as gunship and support helicopters in Burnett's rescue. In reality, the US Navy never used the UH-1D execpt during a brief transition at NAS Whting Field, between the Bell TH-13 and introducing the Bell TH-57 Sea Ranger in the late 1960s for training, these should be UH-1Ns as shown while leaving the carrier. The pair of 205 Super Huey are distinguished because of the location of the tail rotor which is on the starboard side as the same as the UH-1N, and former USAF HH-1H Hueys for the SAR role.

Masquerading as a UH-1N trio that took off from the carrier are a pair of Bell AB205 and a sole Bell 412. Where filiming taken place on land in Czech Republic its interesting to know that an operator of the Bell 412 in that country is the Czech Police.

Three of these are seen leaving the aircraft to rescue Burnett, however they appear to materialize into single-engined UH-1D Iroquois. 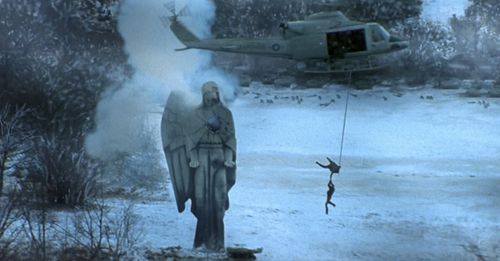 Exterior naval footage was filmed on board the carrier USS Carl Vinson (CVN-70) on February 2001. 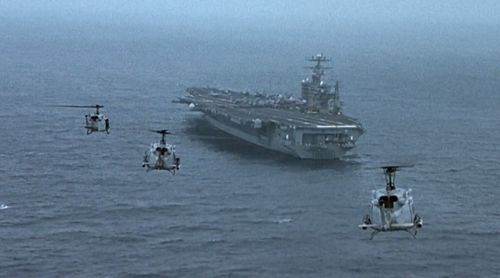