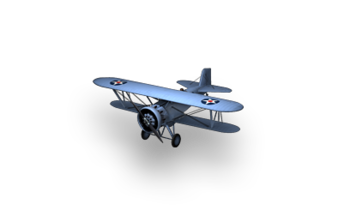 The Boeing P-12 or F4B was an American pursuit aircraft that was operated by the United States Army Air Corps and United States Navy. Boeing developed the aircraft as a private venture to replace the Boeing F3B and Boeing F2B with the United States Navy, the first flight of the P-12 took place on 25 June 1928. The new aircraft was smaller, lighter and more agile than the ones it replaced but still used the Wasp engine of the F3B. This resulted in a higher top speed and overall better performance. As result of Navy evaluation 27 were ordered as the F4B-1, later evaluation by the United States Army Air Corps resulted in orders with the designation P-12. Boeing supplied the USAAC with 366 P-12s between 1929 and 1932. Production of all variants totalled 586.