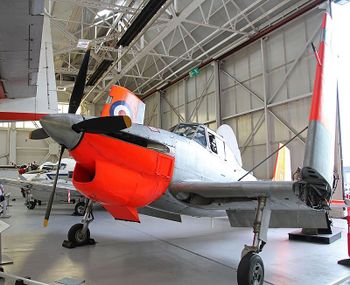 The Boulton Paul Balliol and Sea Balliol (her naval variant with folding wings and arrestor hook) was a two-seat advanced training aircraft for the Royal Air Force and the Royal Navy Fleet Air Arm. This side by side trainer was intended to replace the Harvard but the Ministry changed its requirements for a jet trainer. So the Balliol got a short operational story.

A total of 229 airframes were built : three protypes and 196 Balliol and 30 Sea Balliol.

This page lists all films that feature a variation of the Boulton Paul Balliol/Sea Balliol.