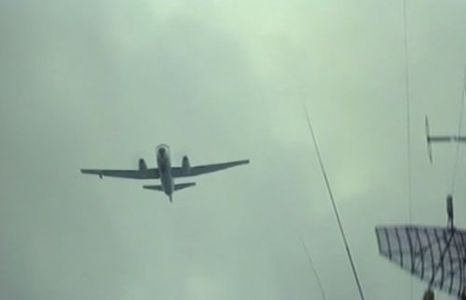 Breguet designed a large maritime patrol aircraft in the middle of the sixties. Powered by two Rolls Royce Tyne, the 50 tons class aircraft was ordered by the french navy, through its fleet air arm (Aéronautique Navale), as did the Marineflieger (West Germany), Italia, Netherlands and Pakistan. As the Lockheed P-3 Orion became standart among NATO forces, France bought back most of the Atlantic airframes during the eighties as a stop gap before the introduction of an highly redesigned variant. This time built by Dassault (which merged Breguet society in 1967) and now christened Atlantique (usually named ATL2), France is its single user (Germany still has three ATL1 upgraded for ELINT tasks).

A total of 115 airframes have been built.

This page lists all films that feature a variation of the Breguet 1150 Atlantic/ Atlantique.