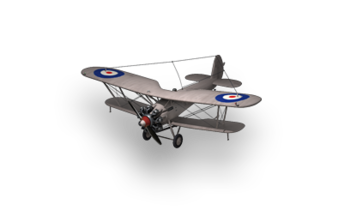 Bristol 105 Bulldog in World of Warplanes.

The Bristol Bulldog was a British Royal Air Force single-seat biplane fighter designed during the 1920s by the Bristol Aeroplane Company. Over 400 Bulldogs were produced for the RAF and overseas customers, and it was one of the most famous aircraft used by the RAF during the inter-war period.

This page lists all films that feature the Bristol 105 Bulldog.