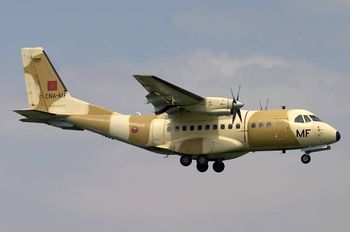 The CASA/IPTN CN-235 is a medium-range twin-engined transport plane that was jointly developed by CASA of Spain and Indonesian manufacturer IPTN, as a regional airliner and military transport. Its primary military roles include maritime patrol, surveillance, and air transport. It first flight dates back to the 11 November 1983. The airframe led to a search-and-rescue and maritime patrol aircraft for the United States Coast Guard under the name of EADS HC-144 Ocean Sentry.

More of 250 of them have been built to date.

This page lists all films that feature a variation of the CASA/IPTN CN-235 and the EADS HC-144 Ocean Sentry.