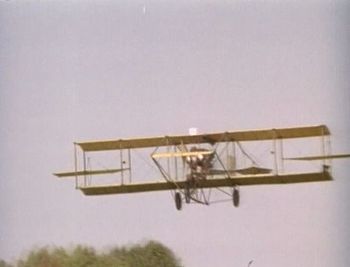 The 1911 Curtiss D was an early United States pusher aircraft with the engine and propeller behind the pilot's seat. It was among the very first aircraft in the world to be built in any quantity—all of which were produced during an era of trial and error development and equally important parallel technical development in internal combustion engine technologies. It was also the type of aircraft to make the first take-off from the deck of a ship, the USS Birmingham, and the first landing, on the USS Pennsylvania several days apart.

This page lists all films that feature the Curtiss D.