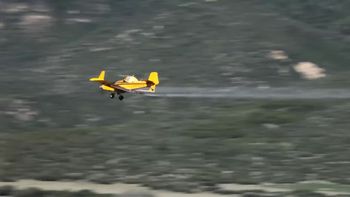 The Embraer EMB 202 Ipanema is a Brazilian agricultural aircraft used for aerial application, particularly crop dusting. It is produced by Indústria Aeronáutica Neiva, a subsidiary of Embraer located in Botucatu, Brazil. The latest version of this aircraft is the first ethanol-powered fixed-wing aircraft, which could give it an economical advantage over the gasoline version. The aircraft is widely employed in Brazil, having market share of about 80%, and the 1,000th delivery was completed on 15 March 2005. Besides aircraft, alcohol-conversion kits for gasoline-powered Ipanemas are also sold.

This page contains all films, TV series, and video games that feature the Embraer EMB 202 Ipanema.