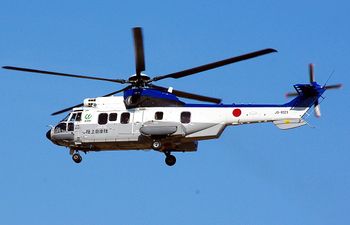 The Airbus Helicopters H225 (previously Eurocopter EC225 Super Puma) is a long-range passenger transport helicopter developed by Eurocopter as the next generation of the civilian Super Puma family. It is a twin-engined aircraft and can carry up to 24 passengers along with two crew and a cabin attendant, dependent on customer configuration. The helicopter is marketed for offshore support and VIP passenger transport duties, as well as public service missions.

The civil-orientated EC225 has a military counterpart, which was originally designated as the Eurocopter EC725; it was rebranded in 2015 as the H225M. In 2015, the EC225 was formally renamed to the H225, in line with Eurocopter's corporate rebranding as Airbus Helicopters.