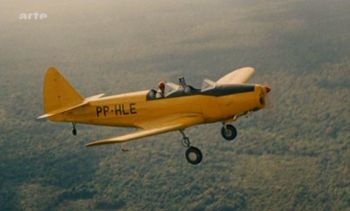 The Fairchild PT-19 was an American Fairchild Aircraft monoplane primary trainer aircraft that served with the United States Army Air Forces, RAF and RCAF during World War II. As with other USAAF trainers of the period, the PT-19 had multiple designations based on the power plant installed. Several variants, with radial engine as PT-23, with enclosed cockpit as PT-26, or for RCAF as Cornell were also produced. Around 6400 aircraft were built.

This page lists all films that feature the Fairchild PT-19.