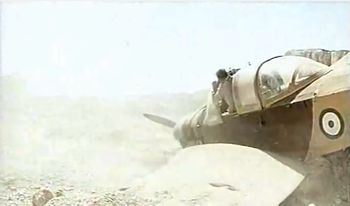 The Fokker S.11 Instructor is a single engine two seater propeller aircraft designed and manufactured soon after World War II. The airframe includes a side-by-side layout and has a tail seater landing gear which evolved into a tricycle landing gear variant : the S.12. Fifty of them were built and used by Brazil alongside 99 airframes of the first variant (indigenously named respectively T.22 and T.21). Royal Netherlands Air Force and Navy and Israeli Air Force too bought this first model while Italy had built under license 180 of them and named them Macchi M.416.

A total of 375 S.11 and 50 S.12 have been built by Fokker and Fokker Brazil and the two Italian companies : Aermacchi and IMAM.