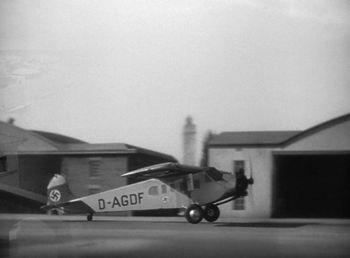 The Fokker Super Universal was an airliner produced in the United States in the late 1920s, an enlarged and improved version of the Fokker Universal, fitted with cantilever wings and an enclosed cockpit. It was subsequently also manufactured under licence in Canada and Japan. 200 aircraft were built.

This page lists all films that feature the Fokker Super Universal.