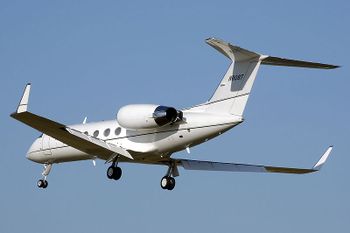 The Gulfstream IV and derivatives are a family of private jet aircraft produced by Gulfstream Aerospace between 1987 with later version designated the G400, Some variations and improved versions followed in the 2000’s, known as G300, G350, G450, and military variants for several air forces as C-20.

This page lists all films that feature a variation of the Gulfstream IV.

The following 71 pages are in this category, out of 71 total.