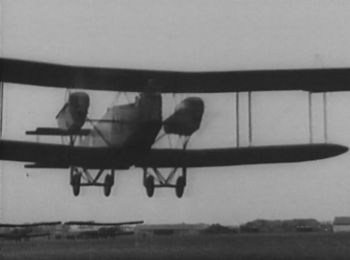 The Handley Page O was an early biplane bomber used by Britain during the First World War. At the time, it was the largest aircraft that had been built in the UK and one of the largest in the world. It was built in two major versions, the Handley Page O/100 (H.P.11) and Handley Page O/400 (H.P.12). The impression made by the Type O was such that for many years after the war, any large aircraft came to be called a "Handley Page" in Britain and entered the dictionary as such. 600 aircraft built.

This page lists all films that feature the Handley Page O.