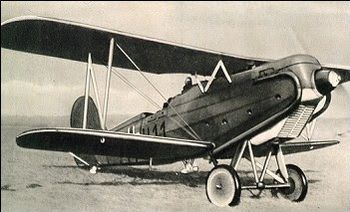 The Heinkel He 45 was a German biplane powered by a BMW VI V12 engine and used by the Luftwaffe as a trainer with the two seats in tandem. Quickly upgraded for light bombing tasks, it was sent in Spain first as a reconnaissance aircraft but eventually most of the 40 airframes sent there acted as bomber. During the summer 1939, surviving examples were given to Ejército del Aire (Spanish Air Force). At the same time, Luftwaffe planes were withdrawn of front line unit and dedicated to training even if an handful of them were used in night harassment flights on the Eastern front during winter 1942/1943.

This page lists all films that feature a variation of the Heinkel He 45.

Pages in category "Heinkel He 45"