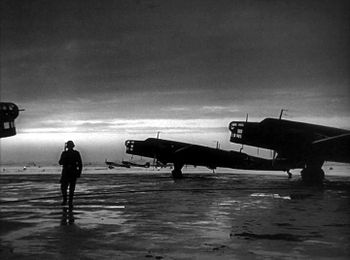 The Junkers Ju 86 was a German twin-engines monoplane aircraft designed in the mid 1930s for civilian transport and military purpose as bomber. Used by the German Luftwaffe and several others countries air forces during and post WWII, and operated as airliner by Lufthansa, Swissair, South African Airways and few other companies.
A derivated export version Ju 86 K-13 has been produced under license by SAAB with radial engines specifically designed as SAAB B 3.

This page lists all films that feature a variation of the Junkers Ju 86.