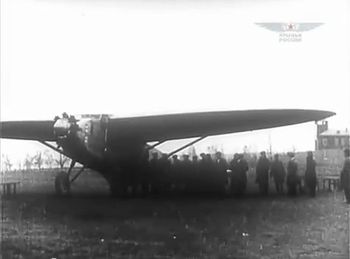 The Kalinin K-5 was a Soviet airliner designed at the end of the 1920's. After some engine's reliability trouble and three different types fitted, the aircraft reach awaited performance and became the backbone of Aeroflot throuhout the thirties. When war broke out, several airframes were used by the Soviet Air Force as a transport aircraft (until 1943).

This page lists all films that feature a variation of the Kalinin K-5.