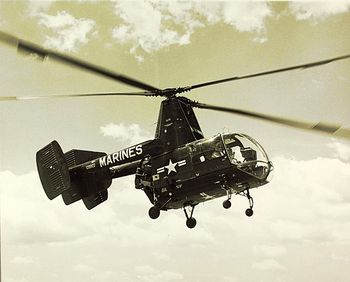 Under the aircraft designation system used by the U.S. Navy pre-1962, Navy and U.S. Marine Corps versions were originally designated as the HTK, HOK or HUK, for their use as training, observation or utility aircraft, respectively.

This page contains all films, TV series, and video games that feature the Kaman HH-43 Huskie.