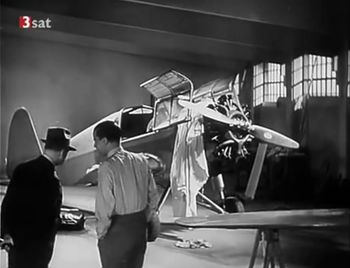 The Klemm Kl 32 was a successful German touring aircraft aircraft, developed in 1932. This three seats plane was a low-wing cantilever monoplane with fixed, tailskid undercarriage which knew its glory during the 1932 Challenge International de Tourisme (held in Berlin and then raced through Europa). At the end of this meeting which saw 43 aircraft taking part in, five of the eight Klemm Kl 32 were among the top ten. The airframe could accomodate several engine, radials as like inline ones.

This page lists all films that feature a variation of the Klemm Kl 32.