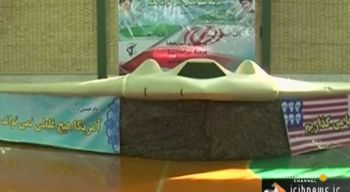 Lockheed Martin RQ-170 Sentinel in Malaysia 370: The Plane That Vanished.

The Lockheed Martin RQ-170 Sentinel is an unmanned aerial vehicle (UAV) developed by Lockheed Martin and operated by the United States Air Force (USAF) for the Central Intelligence Agency. While the USAF has released few details on the UAV's design or capabilities, defense analysts believe that it is a stealth aircraft fitted with reconnaissance equipment. RQ-170s have been reported to have operated in Afghanistan as part of Operation Enduring Freedom. It has been confirmed that the UAVs have operated over Pakistan and Iran; operations over Pakistan included sorties that collected intelligence before and during the operation which led to the death of Osama bin Laden in May 2011.

In December 2011, the Iranian armed forces claimed to have captured an RQ-170 flying over Iran. The U.S. military has acknowledged losing an RQ-170 in the region. United States administration asked Iran to return the UAV. Iran denied the request and lodged a complaint to the UN Security Council over airspace violation by the US.