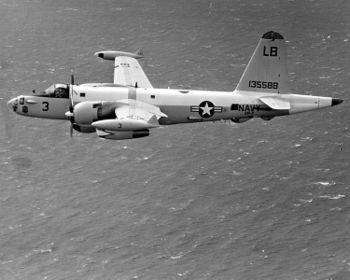 The Lockheed P-2 Neptune (originally designated P2V until September 1962) was a Maritime patrol and ASW aircraft. It was developed for the United States Navy by Lockheed to replace the Lockheed Ventura (PV-1 Ventura and PV-2 Harpoon), and being replaced in turn with the Lockheed P-3 Orion. Designed as a land-based aircraft, the Neptune never made a carrier landing, although a small number of aircraft were converted and deployed as carrier launched stop-gap nuclear bombers which would have to ditch or recover at land bases. The type was successful in export , saw service with several armed forces and built under license as turboprop-powered version Kawasaki P-2J for the Japan Maritime Self Defense Force.

This page lists all films that feature the Lockheed P-2 Neptune.