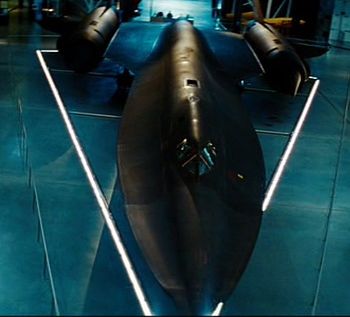 The Lockheed SR-71 Blackbird is a long range, high-speed, strategic reconnaissance aircraft operated by the U.S. Airforce. An evolution of the Lockheed YF-12 prototype, the aircraft was introduced in 1966 and remained in service until 1998. An important feature of it's design was its Mach 3+ speed, which was used as both an operational capability and a self-defence manoeuvre.

This page lists all films that feature a variation of the Lockheed SR-71 Blackbird.