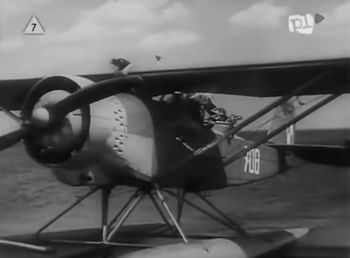 The Lublin R-XIII was the Polish army cooperation plane (observation and liaison plane), designed in the early-1930s. This monoplane, conventional in layout, with braced high wings and fixed landing gear had several variants including twenty airframes built as seaplane. On 1st September 1939, 150 were still on strength but only 49 in combat units. Several fled to Romania were they knew limited use during the following year.

A total of 273 Lublin R-XIII were built.

This page lists all films that feature a variation of the Lublin R-XIII.