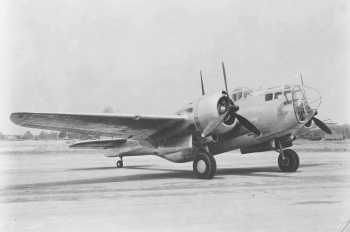 The Martin Baltimore was designed as a development of the Martin Maryland to a french request for 400 airframes. With the collapse of this country in June 1940, U.K. inherited of the order than lend leased several others hundreds of this medium bomber (which was name A-30 in the USAAF for administrative rules). Some of them were later used to equip others allies (Greece, Turkey, Free French) and several Commonwealth air units.

1 575 Martin Baltimore were built during the WW2.

This page lists all films that feature a variation of the Martin Baltimore.