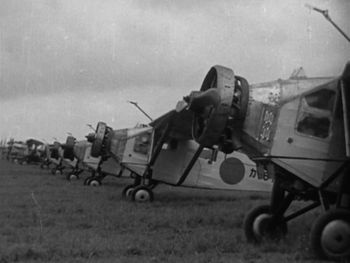 The Mitsubishi K3M was a trainer built by Mitsubishi which was used by the Imperial Japanese Navy in an extremely wide variety of roles, including light transport, liaison aircraft, utility aircraft and occasionally light bomber. Its Allied reporting name was Pine. A civil variant (the Mitsubishi MS-1) was too available. The last ones flew until well after World War II.

This page lists all films and video games that feature a variation of the Mitsubishi K3M.