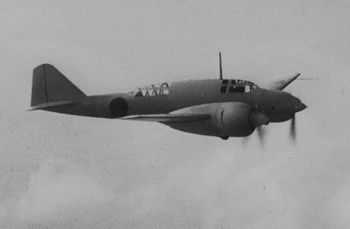 The Mitsubishi Ki-46 was a twin-engine reconnaissance aircraft used by the Imperial Japanese Army in World War II. Its Army Shiki designation was Type 100 Command Reconnaissance Aircraft (一〇〇式司令部偵察機); the Allied nickname was "Dinah".

This page contains all films, TV series, and video games that feature the Mitsubishi Ki-46.