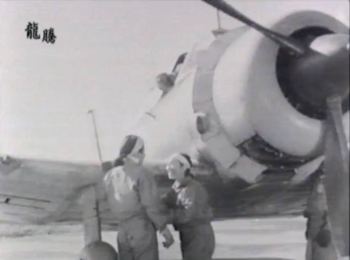 The Mitsubishi Ki-51 (or Type 99) was a Japanese light bomber/dive bomber which made its maiden flight during the summer of 1939. Despite its fixed landing gear, it performed a useful ground-attack role in the China-Burma-India theater, notably from airfields too rough for many other aircraft. This led this aircraft to serve the Imperial Japanese Army until the very last day of the War. After the summer 1945, several airframes were still used by countries former held by Japanese troops : Indonesia, china and Korea.

This page lists all films that feature a variation of the Mitsubishi Ki-51 Sonia.