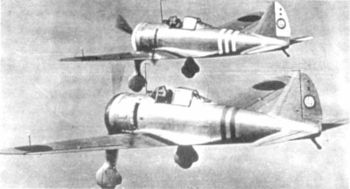 The Nakajima Ki-27 was a japanese single engined fighter produced just before World War II. It was not the most performing plane of the 1935 competition but its outstanding turning ability granted by its remarkably low wing loading won the favor of the Army. He was used as main frontline fighter during chinese campaign and later served as advanced trainer. In the final stage of the war, some were used in the kamikaze role.
Indonesia was its last operator until 1949.

This page lists all films that feature the Nakajima Ki-27.