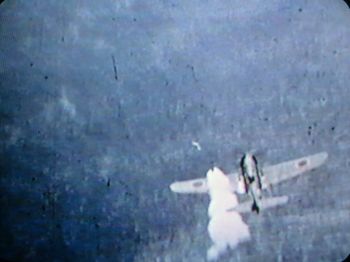 The Nakajima Ki-44 was a japanese single engined fighter produced during World War II. It was less maneuverable but has heavier armement than previous aircraft used by the japanese Army. Older pilots dislike these characteristics but made the fighter despite performance restrictions at altitude, a useful B-29 Superfortress interceptor.

This page lists all films that feature the Nakajima Ki-44.