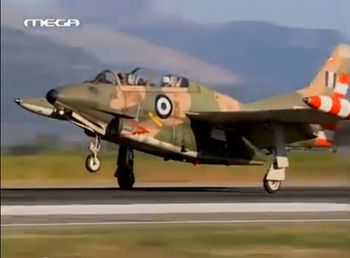 The North American T-2 Buckeye was designed as a two-seat trainer intended to introduce U.S. pilots and flight officers to jets. This intermediate tandem trainer first flew on 31 January 1958. Designated T2J-1 (then T-2A after 1962), the first variant was powered by a single turbojet. The next ones were twin-engined. The T-2D was an export version which was sold to the Venezuelan Air Force (12 aircrafts), while 40 T-2E were sold to the Greek Air Force. United States Navy retired their last examplaries in 2008. Only three dozens remain in service with the Hellenic Air Force. Please note the you can find the name Rockwell T-2 Buckeye following the merging of 1967.

This page lists all films that feature a variation of the North American T-2 Buckeye.