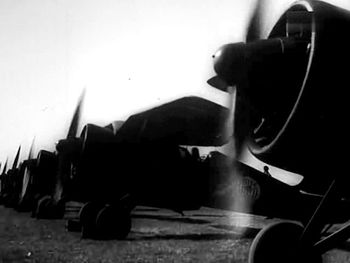 The PZL P.11 was a Polish fighter with a gull wing like its predecessor the PZL P.7. The first flight occured in August 1931 and 50 airframes were sold to Romania (PZL P.11b) when Poland ordered 275 fighters. During the Polish campaign of 1939, the PZL P.11 served as primary fighter defence but was outclassed by German types. Neverless, pilots never resigned and so the PZL P.11 was the mount of the first victorious allied pilot. A handful aircraft left to surrounding countries but was used for training or glider towing tasks at the best.

This page lists all films that feature a variation of the PZL P.11.