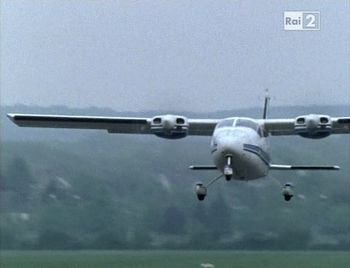 The Partenavia P.68, now Vulcanair P68, is a light aircraft designed by Luigi Pascale and initially built by Italian Partenavia. It made its first flight on 25 May 1970, its type certification was granted on 17 November 1971 and was transferred to Vulcanair in 1998. The original six-seat high-wing monoplane is powered by twin piston engines and is used for light transport and training, the P.68 Observer is an observation aircraft variant, and it was developed in a stretched, 10/11-seat twin turboprop derivative.

This page contains all films, TV series, and video games that feature the .