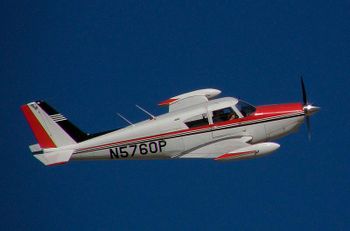 The Piper PA-24 Comanche was a four seat, all metal monocoque plane manufactured by Piper between 1957 and 1972. The Comanche was one of the most popular general aviation aircraft in the sixties with 4,834 being built. The Comanche has numerous claims to fame. Max Conrad flew Comanches over record distances in two different weight classes and G-ATOY a Comanche named Myth Too holds ninety world class aviation records. Country singer Patsy Cline was killed on March 5th 1963 when the Comanche she was aboard crashed in deteriorating weather. The Comanche was developed into the twin engined PA-30 Twin Comanche and the PA-39 which had twin engines and counter rotating propellers. Production of both the Comanche and Twin-Comanche ceased in 1972 when floods destroyed the production line and tooling.

This page lists all films that feature a variation of the Piper PA-24 Comanche.