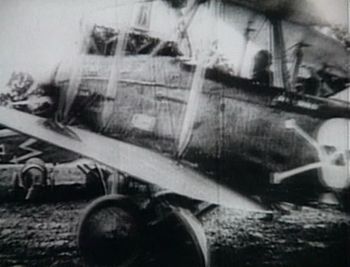 The Rumpler C.IV was a German single-engine, two-seat reconnaissance biplane. The C.IV was a development of C.III with different tail surfaces and using a Mercedes D.IVa engine in place of C.III's Benz Bz.IV. In addition to the parent company, the aircraft was also built by Pfalz Flugzeugwerke as the Pfalz C.I. Another variant of the basic design was the Rumpler 6B-2 single-seat floatplane fighter, with a 120 kW (160 hp) Mercedes D.III engine, built for the Kaiserliche Marine (Imperial Navy).

This page lists all films that feature the Rumpler C.IV.