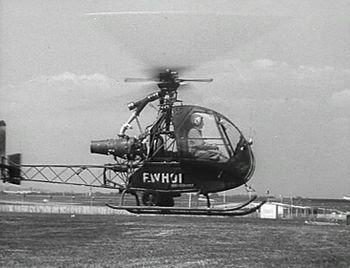 The SNCASO SO.1221 Djinn was a french helicopter with no tail rotor due to the tip jet technology (it's the single helicopter of this kind to know a wide production and long use). Used for liaison, observation and instruction by the french army, some airframes were sold to civil users and a handfull to foreign countries. The production ran from the mid 50's to mid 60's.

This page lists all films that feature the SNCASO SO.1221 Djinn.

Pages in category "SNCASO SO.1221 Djinn"