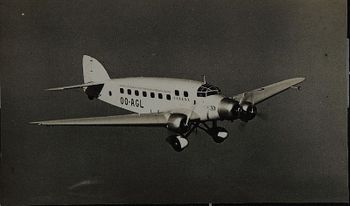 The Savoia-Marchetti S.73 was an Italian three-engine airliner that flew in the 1930s and early 1940s. The aircraft entered service in March 1935 with a production run of 48 aircraft. Four were exported to Belgium for SABENA, while seven others were produced by SABCA. The main customer was the Italian airline Ala Littoria.

This page contains all films, TV series, and video games that feature the Savoia Marchetti SM.73.