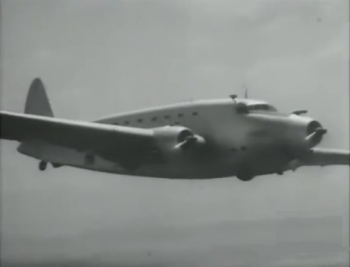 The Savoia Marchetti SM.82 was a three engine bomber and transport plane. It saw very limited use in the first role being underpowered and slow. As it was capable of carrying heavy loads with a wide fuselage, it was mainly use in the transport role mostly towards Africa. Used by the Regia Aeronautica from 1940, the fleet was split after september 1943 between the both Italian armies (Aeronautica Nazionale Repubblicana & Aeronautica Militare) and the Luftwaffe which sized 200 aircrafts. Once the WW2 was over, about 30 SM.82s continued to service with the Aeronautica Militare until the early 1960s.

Sources give great variations about the number of airframes built, from 400 to nearly 900.

This page lists all films that feature a variation of the Savoia Marchetti SM.82.