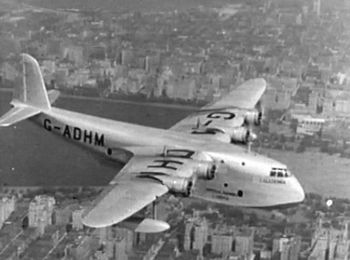 The Short Empire was a passenger and mail carrying flying boat, of the 1930s and 1940s, that flew between Britain and British colonies in Africa, Asia and Australia. It was manufactured by Short Brothers and was the precursor to the more famous Short Sunderland of World War II. 45 aircraft were built in several variants, and were operated by Imperial Airways/BOAC, Qantas, TEAL and military RAF and RAAF.

This page lists all films that feature the Short Empire.