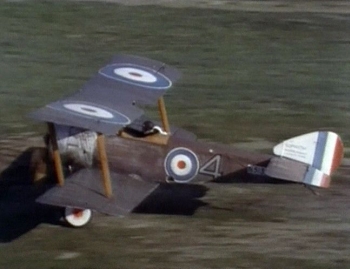 The Sopwith Pup was a British single seater biplane fighter aircraft built between 1916 and 1918. With pleasant flying characteristics and good manoeuvrability, the aircraft proved very successful both with the Royal Flying Corps and the Royal Naval Air Service. The Pup was eventually outclassed by newer German fighters, but it was not completely replaced on the Western Front until the end of 1917. It was used nine operators in addition to the United Kingdom.

This page lists all the films that feature a variation of the Sopwith Pup.