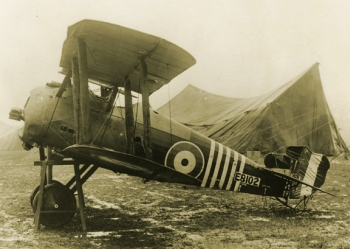 The Sopwith Snipe was a British single-seat biplane fighter aircraft which entered in service during September 1918. It was selected as the standard post-war single seat RAF fighter and the last examples were not retired until 1926.

A total of 2,097 Sopwith Snipe have been built.

This page lists all the films that feature a variation of the Sopwith Snipe.