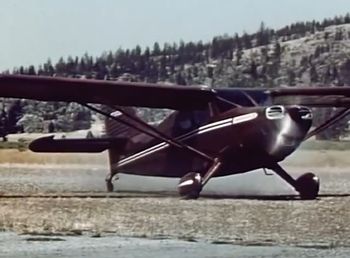 The Stinson 108 was a popular general aviation aircraft produced by the Stinson division of the American airplane company Consolidated Vultee, from immediately after World War II to 1950. It was developed from the prewar Model 10A Voyager. Stinson was bought by Piper Aircraft in 1949. Around 5200 aircraft were produced.

This page lists all films that feature a variation of the Stinson 108.