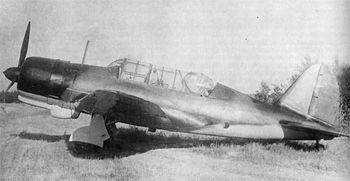 The Sukhoi Su-2 and its prototype ANT-51 were designed by Pavel Sukhoï then still linked to the Tupolev design bureau. First blueprints were drawn in response to a 1936 request for a new versatile type of tactical aircraft able to fulfil operation of light bombers, reconnaissance and ground-attack aircraft. Among several competitors, the Sukhoï's team was the single tasked to built an all-metal airframe. Prototype ANT-51 was ready by the summer of 1937. Series production began in 1939 with the official designation BB-1 or Su-2. Despite some relatively advanced design for its day, the aircraft was obsolete and underarmed in June 1941. Squadrons suffered heavy losses during a year, the time needed for the Ilyushin Il-2 and the Petlyakov Pe-2 to reach the front line.

This page lists all films that feature a variation of the Sukhoi Su-2 (ANT-51 and Su-4 included).