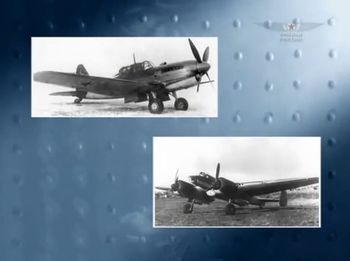 The Sukhoi Su-6 was a Soviet ground-attack aircraft developed during World War II. The mixed-power (rocket and piston engines) high-altitude interceptor Su-7 was based on the single-seat Su-6 prototype.

This page contains all films, TV series, and video games that feature the Sukhoi Su-6.