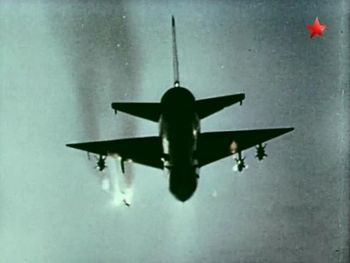 Please do not confuse with the 1946 twin engine prototype fighter.

This page lists all films that feature the Sukhoi Su-9.