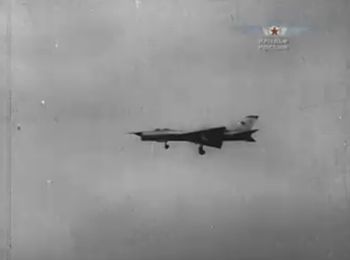 The Sukhoi T-3 was a prototype Soviet fighter aircraft. The design featured a delta wing, and it served as the basis for what would eventually be developed in the Sukhoi Su-9.

This page contains all films, TV series, and video games that feature the Sukhoi T-3.