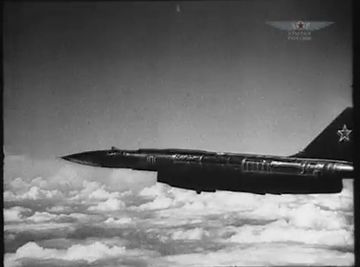 The Sukhoi Su T-4 is the name given to a high cruise speed strike-reconnaissance aircraft designed during the 1960's. The first flight was on 22 August 1972 and all the test flight were done with only the first airframe. Sometimes called the Su-100 (from the Russian name : изделия 100 / products 100), please do not confuse with Sukhoi Superjet 100 regional jet of the 21st Century.

This page lists all films that feature the Sukhoi Su T-4 prototype.